A year ago a brave conversation about the death of babies began. At its heart it raised the issue about the painful lack of support available to parents, families and whānau who had suffered the death of a child during pregnancy, at birth or during infancy. Life Events Design Lead at the Department of Internal Affairs Kasia Liszka shares how this conversation galvanised agencies and voluntary groups to create a new service: Whetūrangitia.

A year ago a brave conversation about the death of babies began. At its heart it raised the issue about the painful lack of support available to parents, families and whānau who had suffered the death of a child during pregnancy, at birth or during infancy. Life Events Design Lead at the Department of Internal Affairs Kasia Liszka shares how this conversation galvanised agencies and voluntary groups to create a new service: Whetūrangitia.

Between 2007 and 2017, 8351 babies died between 20 weeks gestation and four years old. On average that’s about 830 such deaths each year, not including those miscarried before 20 weeks. Statistics are not kept for the latter, but it is estimated one in four women suffer a miscarriage.

This was the motivation for the project for our team at the Department of Internal Affairs (DIA). Leading the collaboration with Ministry of Justice, Inland Revenue and Sands (a non-profit baby loss support organisation) and Catalyst IT we developed Whetūrangitia, an online support resource for parents, family and whānau who have suffered the death of a baby or young child.

The design process started with several hui with bereaved parents late in 2018. A common issue emerged around the lack of a single source of information for parents, family and whānau if they suffer the death of a child.

When I think back on the project, the hui with bereaved parents was undoubtedly the most rewarding part. It was so important to create a safe space for parents to share their stories and experiences about baby loss freely.

Unsurprisingly, for most of us this was, at times, an emotional experience.

One of the design principles of the site is based on the Māori concept of whānau pani. This concept is part of tangihanga, and describes the process by which those in grief, in this case the bereaved parents, are allowed to be in grief, while those they trust, their whānau pani, will do what is required to help them to navigate this time and space. The site and service is intended to provide whānau pani, enabling parents to be in grief, and to empower them at their time of greatest pain.

Catalyst IT took the lead on building the website, which took just 10 weeks. It was most important to define a clear strategy around stakeholder and agency involvement. Above all this project was not about ownership but rather about agencies working together to deliver a valuable service to our customers.

What we have today on the Whetūrangitia website is all the information and resources that someone might need so they don’t need the added stress of searching for information in lots of places. This one site enables them to go straight to a trustworthy source that will enable them to make informed decisions.

The initial content focuses on navigating the complexities of the coronial process and clarifying financial entitlements, along with support resources for parents. More information, support and resources will be added to the website over time.

This is a such good example of where integrated services can provide better experience of government, supporting the real needs of people in everyday life. As the groundswell around digital government grows, these types of services will become more common, accessible and be improved continuously.

There’s a comment made by a grieving father in one of the hui that still stays with me. He was recalling when he left the hospital, his expectation was that someone would be in touch to support him and his family. Instead there was the realisation that “there is no Plunket for dead babies.” With Whetūrangitia that will be different.

Whetūrangitia was launched at the annual Sands conference in Christchurch last September.

Whetūrangitia | Stars that adorn the Sky

Kua whetūrangitia koe | Return, take your place amongst the stars along with your ancestors that adorn the sky

For further insights: Tim Kong’s description of Whetūrangitia at the SANDS conference. 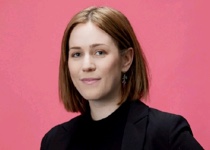