Be open. Be brave.

Here I was, sitting at Tom Loosemore’s Webstock workshop, hearing these words. They’re familiar as I’ve spent the past couple of years stalking following what Government Digital Service (GDS) has been doing. You can find out pretty much anything you like about the work that Tom, Deputy Director at GDS, and the GDS team have been doing as they blog about everything, expose their analytics, even their sprint backlog. There’s that openness again.

Like all good story-tellers, Tom shared his story of being open and brave. While he was at the BBC, he created a set of really sound web principles, but he didn’t publish them at the time. It was only when he left the BBC that he published them on his blog. Likewise, he built a prototype of a BBC programme search site which never went out of alpha.

Being open is brave in itself. ‘Hacking the workspace’ (another Tom theme) is about being open about what you’re working on. Visualise Post-it notes plastered on walls, user stories written on windows, big posters blazoning messages like ‘Delivery is the Strategy’ and ‘What’s the user need?’.

A colleague recently told me about trying to be open in a previous (unnamed) government department. Her team had displayed their work in kanban style. This is where tasks are displayed on a board and moved through stages (e.g. research, write, review) so you can see what’s going on in an instant. How was this received? They had to take it down. They weren’t allowed to put things on the wall as only managers could do that. Wow — you have to be brave to be open.

Tom covered a lot in his workshop, with the help of Pete Herlihy, Delivery Manager for GDS. Pete, a Kiwi ex-pat, also shared some of his secrets to getting things done in his own laconic fashion. His ‘be annoying’ stayed with me. The idea of going on and on till you get what you want. It kind of helps if you’re brave for that one.

What now? As always, after a great talk or workshop, you get a glow where you feel inspired to do better, achieve more. Me? Well, I’ve always been a fan of sharing. Maybe I’m a little braver.

Anyone out there also get inspired by Tom and Pete at Webstock? I’d love to hear about it. 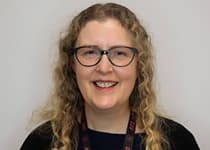