Being a public double agent in Aotearoa New Zealand

By Matti Schneider published on 06 July 2018

I had been in Wellington for two months when I learned through Legal Hackers there was a local event for the first worldwide Computational Law & Blockchain Festival.

As I had briefly worked with a cryptocurrency venture in Aotearoa New Zealand, met a couple of founders of blockchain-based technologies in Japan, and assessed the use of blockchain for citizen identity storage in France back in 2016, I was interested in determining how much distributed ledgers were still fixated about around here. This is especially in a context as important to me as computational law: I have supported the French OpenLaw chapter, backed Cocorico and worked with OpenFisca for four years.

Bridging the two areas felt like a compelling opportunity to discover the local practices and possibly debunk some fantasies. Plus, the venue had this exciting name: “Service Innovation Lab”. Could it finally be the one I had been looking for?

That's quite an unusual quest and quite a few countries. Let me give you a bit of context. I come from the Internet. I created and worked on humanitarian and social impact websites and start-ups. Four years ago I joined, co-ran and scaled the French State Startups incubator, baptizing it beta.gouv.fr. Then after three years, I decided to leave beta.gouv.fr.

I set on a journey to tour the world, stopping along the way and aiming at the antipodes: Aotearoa New Zealand. Seven months later, there I was in windy Welly, curious about what a “Service Innovation Lab” could look like in a country that already had such great public digital services.

The moment I stepped on floor 9 in the Lab’s Boulcott Street location, I recognised the place immediately. I had never been in it, but it felt eerily familiar. It felt the same as the place we had built in Paris; As the one I had seen in pictures in London, as the ones I have visited in so many agencies. The blunt stickies on the walls, the service design and inclusiveness posters, the open space full of focused people talking together, the uncertain yet kind welcome were all familiar.

Without a doubt, it was one of these bubbles within government where people deliver public digital services through collaboration, with an open mind and an open heart. And I felt right at home.

It took 15 minutes of quietly exploring the place before Rachel introduced me to Rates Rebates when she learned I had built the same piece of software in France, Mes Aides, as the team was in Aotearoa New Zealand. We showed each other source code and shared adoption difficulties. Forty-five minutes after I had set foot in the Lab, Pia asked me how I could join the team.

When I had embarked on the train at the beginning of my journey, I left all professional options open. Yet after a couple of months of traveling the realisation was clear: I am too aware of my limited time not to use it to help others, and too aware of the importance of business models not to work in the public or cooperative sector. Even though I had only three months left before going to my next destination, joining the Lab was the obvious thing to do.

During my time at the Lab, I helped spark the OpenFisca Aotearoa model and introduced it to the international community. I gathered as much information as I could on the specific context of operation and gave advice whenever I had relevant experience. I recommended source code and practices that had been opened by foreign agencies. I advocated for open data, legislation as code and government as a platform with local agencies. I participated in the Digital 7 Operational Opportunities group. But most importantly, I built relationships with highly competent, sincere and open individuals who put all of their skills and energy in helping their fellow citizens.

As a final step, I wrote a report describing the assets and risks of the Lab, as well as those of the larger Aotearoa New Zealand government innovation landscape, as I saw them.

Sometimes I felt like being a public double agent for making so many connections between France and Aotearoa New Zealand. But the great thing when collaborating in the open is bridging people and sharing information does not create an asymmetry where one side would profit more than the other.

On the contrary, everyone wins. Better open-source software and avoided mistakes benefit not only governments, but also the private and community sectors, and all citizens.

So, have I been a double agent all this time? Certainly. As I was in France. As I am now in Kanaky New Caledonia. And as I intend always to be: my higher loyalty is to the people, not to any single government.

I feel blessed to have been given the opportunity to work for New Zealanders for a short while and am confident that the Lab will keep on doing so with a clear vision. 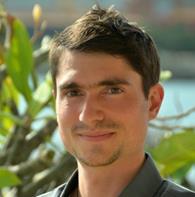