By Jonathan Manning published on 03 August 2021

As algorithms and AI become ubiquitous we all become ‘data subjects’ to organisations such as governments and businesses.

In response, regulations such as the EU’s General Data Protection Regulation are beginning to emerge. The New Zealand government is currently exploring how governments, business and society can work together to meet the challenge of regulating AI.

A part of this challenge is ensuring when things like algorithmic harm arise, we can explain what happened and why so that mistakes can be fixed and not repeated or obscured. This post focuses on a particular explainability problem that some kinds of AI present.

How do we explain ourselves?

What would you say if someone asked you to explain why you ate an apple and not a banana at lunch?

We may use things like our agency — “I just like apples more”, our intuition — “today feels like an apple kind of day”, our rationality — “I ate a banana yesterday and it is better to not always eat the same fruit”.

Or it may be some combination of these and other factors.

We may also be accurately recounting our thinking or retrofitting an explanation to suit our decision.

When we are asked why we ate the apple we are not being asked to explain our own cognitive processes — no one expects a report on the psychological activity and mechanisms that underlie our decisions.

We don’t know or understand enough about these processes, and if we did, what use would they be to the person who is asking?

Would the decision “eat the apple” be apparent to anyone, even an expert, from a heatmap of brain activity or from a complex diagram of neural connections?

Perhaps something similar is happening when we ask for an explanation of decisions made by AI. The explainability problem this blog post is addressing occurs in AI that implement machine learning algorithms upon deep neural networks — or ‘deep learning’ for short.

The sheer size and complexity of these networks is part of why their decisions are so difficult to explain, in the same way a massive and interconnected decision tree is difficult to follow. However, explaining complexity alone is not the whole story when it comes to deep learning.

The system trains itself by adjusting the weights of each neuron in pursuit of an accurate outcome. The system “essentially derives its own method of decision-making” (NZLF report) to earn its title of artificial intelligence.

It is this independent decision-making within a complex environment like a neural network that causes the explainability problem this post is focused on.

By adding functionality into the deep learning system we do not need to compromise it’s independent decision-making and complexity for the sake of explainability. By having two models we can potentially get the best of both worlds.

As well as being technically advantageous this ‘model of a model’ approach “may avoid the need to disclose protected IP or trade secrets” (Slave to the Algorithm?) of the original model.

This means explanation tools may offer a way to partially open technological and legal black boxes at the same time.

What kind of explanation should we ask for?

Just as asking a person to report on their psychological processes is unlikely to be a good explanation for why they ate the apple, so too is asking a deep learning system to report on the actual weights and logic it used to make a decision.

Whether second order explanations will be satisfactory is an open question. What is known is that:

What explanation tools won’t do

Explanation tools offer a way to let a little light into the black box of deep learning systems. They are a new and promising area of AI research that may help future regulation. However, they should be treated as a tool within a wider toolkit.

It should not be assumed that all deep learning systems equipped with explanation tools are able to be deemed transparent and safe - there is no guarantee that explanation tools will reveal bias and discrimination.

Even if there were such a guarantee it should not be assumed that that individuals would be able to make any use of it — there are too many relevant problems with relying on individuals to challenge algorithmic decisions to discuss in this post, see Slave to the Algorithm? for more.

Even for an expert it should not be assumed that adding an explanation tool plus getting access to the entire dataset can guarantee a deep learning system is transparent and safe.

There is much more to do to meet the challenge of regulating AI. Providing reassurance to the public that they are treated ethically as data subjects relies on broad themes like transparency and trust. Being able to more meaningfully explain the weights and logic behind particular decisions of deep learning systems is one small part of the answer that shows a lot of promise.

We want to hear from you

We want to continue the conversation to incorporate the various experiences and perspectives on ethics and AI within New Zealand. This will influence the future development of AI — and how regulation can be used to build and maintain public confidence in digital technologies.

If you want to keep up to date on the progress of this project and be involved in the next stages, email DRE@dia.govt.nz.

Slave to the Algorithm? Why a ‘right to an explanation’ is probably not the remedy you are looking for.
Lilian Edwards and Michael Veale, 2017.

Enslaving the Algorithm: from a ‘right to an explanation’ to a ‘right to better decisions’?
Lilian Edwards and Michael Veale, 2018. 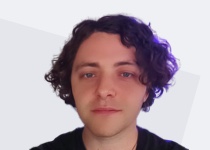