By Siobhan McCarthy published on 27 July 2018

Jonathan Mosen is an accessibility specialist and advocate, author, and broadcaster. He is also totally blind. Jonathan called for an inquiry into this year’s census after he found it incredibly difficult for those with vision impairment to complete.

We, at the Service Innovation Lab team, asked Jonathan to visit the Lab to talk to us and other service designers about designing accessible services for those who are blind or visually impaired.

Jonathan spoke about what it is like accessing (or not) services, how technology enables people, and what his hopes are for the future of accessible services.

Learn more about Jonathan and his work at <mosen.org, listen to his podcast Mosen At Large, or follow him on twitter. 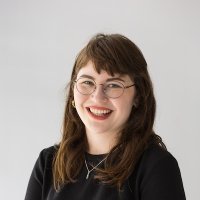