The Hive – a new approach to engaging with rangatahi (young people)

The Ministry of Youth Development's Youth Voice Project has developed an innovative online platform called ‘The Hive’ that aims to increase young people's participation in government policy development by facilitating their contribution and guiding them through the submission process.

The project aimed to build a relationship of trust and two-way communication between young people and government agencies.

Why we need to engage with rangatahi

Citizen engagement in the policy process results in policies that are more representative, better meet the needs of our communities, and more widely supported.

Improving how government includes the youth voice into the policy process will improve the quality of policies, programmes and services and result in more positive long-term outcomes for rangatahi.

Traditional methods of engagement can be inaccessible for rangatahi. These include long consultation documents (often filled with jargon), workshops during school hours, and not engaging with rangatahi on their terms.

It can be challenging for rangatahi to know how to engage with government and for policy teams to reach broad and diverse groups of rangatahi.

Following the Lightning Lab GovTech accelerator project, the Department of Internal Affairs' Innovation Fund provided funding so the project could continue. We partnered with Curative, a creative agency that works exclusively on projects that focus on social change, to progress the project with a youth-centric approach.

Rangatahi from across Aotearoa New Zealand were invited to apply to be part of The Hive project, by submitting a YouTube video which described the change they would most like to see in the world.

We received 69 applications and, from these, 15 were chosen as a diverse representation of confident, creative and socially-aware rangatahi who are connected to, and doing good, in their communities.

A collaboration between the Ministry of Youth Development, Curative and rangatahi was formed to identify solutions to the issue:

Harnessing the creative power of rangatahi – introducing ‘The Hivers’

To solve this issue, the 15 rangatahi (The Hivers) were invited to participate in a co-design hui over a weekend.

They were presented with the issue, and went on to design The Hive which included:

Valuing the experience, unique skills and knowledge of our rangatahi is central to the kaupapa (principles) of The Hive.

The process has been youth-led, with adults only providing support as needed/requested.

The result of the hui was the creation of a new approach for engaging with rangatahi to get involved and have their voice heard.

Through the design of an innovative online platform, The Hive facilitates young people’s contribution to policy-making and guides them through the submission process.

The Hive website was launched in early August. It featured a call for submissions on Aotearoa New Zealand’s Biodiversity Strategy which is led by the Department of Conservation.

Have your say! The Hive

During the submission period, each Hiver could contribute in a way that worked for them and their community.

We received 281 submissions on the Biodiversity Strategy from rangatahi, with 84% reporting that they had never submitted to government previously. This demonstrates that there are many rangatahi who are willing to share their opinions with government if the content is accessible and relevant.

The Hive enables rangatahi to engage on their terms, on topics that matter to them, and acts as a gateway to more intensive forms of engagement.

It also goes one step further, relaying information and data back to them. By closing the feedback loop, rangatahi know their voice has been heard, feel empowered and are encouraged to participate in future engagement opportunities.

The pilot has been evaluated and we’ll take what we've learnt into the next stage of The Hive. You can read more about our insights in our next post. 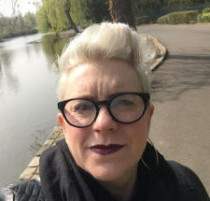