What is Better Rules?

By Hamish Fraser published on 20 December 2019

The Better Rules concept offers a fresh approach for multidisciplinary teams when developing policy. This approach provides them with the tools to develop a coherent concept model and potential rule set for the policy topic they’re focusing on.

This blog post explains the Better Rules approach and the rules-as-code concept as one of the key outputs.

At the core of Better Rules is the use of the multidisciplinary team that includes people skilled in policy, legal, business rules, drafting, programming and service design, working together in an iterative fashion to develop rules.

This multi-disciplinary team operates using concept models and decision trees to develop a shared understanding of the scope of what is to be addressed, then taking that understanding to write the rules in plain language, rule statements and code — iterating as necessary.

The Better Rules approach complements the policy-making and implementation process. It can be applied to developing new rules or evaluating and understanding existing rules. Several outputs are produced using this approach, each offering an opportunity that can be fed back into that iterative process and re-used to solve other issues including:

To date, the practice of developing concept models within Better Rules has proved simple. It involves the team identifying the concepts they are attempting to create rules for. We’ve used post-it notes or Google Draw so far — laying out the concepts and drawing lines between them to indicate how the concepts relate.

This first step, often initially feels elementary, but has proved crucial for the team to be able to define the scope of what is being tackled and allows the development of a shared model of understanding. It draws out the different understandings in the team.

The decision trees allow the team to start to map out the order in which the concepts need to be addressed when considering rules that will work. Both of these outputs may have long term value if digitised and stored somewhere central, capturing institutional knowledge for future reference or re-use.

Computer code plays an interesting role. Firstly there’s the pragmatic realisation that computers have been a vital part of rule implementation for some time with a lot of government rules already being interpreted subjectively and then coded into software in both the public and private sectors.

What we have discovered through the Better Rules work is that attempting to explain a rule set to a computer can significantly impact how this is implemented.

The best way to describe what happens in this process (other than experiencing it) is that the computer acts as a brutal mirror without assumption or context and forces into the open the assumptions and context held by the team.

The uses of this particular output however are large and varied. Here is a brief summary of some of those uses and what they might offer:

Combining datasets relevant to the concept being addressed with rules-as-code allows for simulations that can feedback into the Better Rules process. These scenarios (think digital ‘twins’) allow experimentation with various parameters and may well lead to entirely new solutions not previously explored.

If the rules-as-code code is published in a suitable format, government departments and others could more easily implement those rules into their business systems. This process would vastly decrease the differing implementations and discrepancies.

In the same way the New Zealand government publishes its legislation at New Zealand Legislation, legislation-as-code could also be published in an open executable format allowing for non-government entities to build services informed by law.

In New Zealand the legislation as code model has been used in a several government services including SmartStart and the Rates Rebates project that was run out of the Service Innovation Lab.

The process of Rule Statements and rules-as-code being written may iterate many times as the issues raised are grappled with. This will also often highlight issues with the underlying concept model design.

It’s important to note that rules-as-code can exist separate from the Better Rules process and is a large field of expertise in its own right that overlaps into other areas, such as business contracts, trade agreements and business rules.

The tests describe a scenario along with the expected (policy) outcomes that the test should deliver. When this concept is combined with rules-as-code, computers can be leveraged to store large numbers of these tests describing as many unique scenarios as needed to be captured and then the machines can execute these tests en masse, producing immediate reports.

If stored and published alongside the rules-as-code, these test suites provide another way to assess if policy intent will be met and capture existing institutional knowledge for future maintainers of the rules.

This is an informal group representing interested parties from MBIE (Better for Business), Department of Internal Affairs, Inland Revenue, The Policy Project, Parliamentary Counsel Office and others.

A team at the Wellington City Council has developed a pilot project looking at how to incorporate the Better Rules methodologies along with the rules-as-code concepts into the development of their new District Plan scheduled for 2020.

Funding from the New Zealand Law Foundation has been made available for a 9-month project described as “examining the legal, social, constitutional and democratic implications of converting, drafting and consuming legislation in machine-readable computer languages, commonly known as code.”
Legislation as code in New Zealand

Better Rules is already in use and being discussed in numerous places including:

If you would like to learn more or contribute to the conversation about Better Rules, join our Better Rules discussion forum 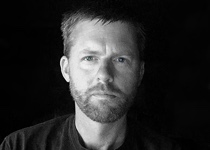