By Stephen Clarke and Stephen Hilson published on 22 March 2018

The web standards were used to create a better web site for the students of the New Zealand Disability Karate Association.

Views on the Digital Service Standard?

The new All-of-Government (AoG) Digital Service Standard is in draft and we are currently undertaking a consultation. So we thought it would be great to stress test the standard in a real-world setting to see how it held up in practice.

Stephen Hilson (Delivery Manager at the Department of Internal Affairs [DIA]) founded the New Zealand Disability Karate Association as a non-profit karate club to give people disabilities the an opportunity to experience the martial art.

Stephen bravely took on the responsibility of developing a website on a topic dear to his own heart with a focus on usability and accessibility. It’s great to see such passion for a topic implemented into a platform through the lens and direction of standards.

This case study illustrates how standards are not a tick box exercise but an opportunity to do what you care about, in a way that is more easily accessed by the community that cares about the content.

The purpose of the standard is to support agencies with consistent guidance on the design, development and implementation of digital services. The standard builds on work undertaken by other D7 nations, but is now being reshaped to meet the New Zealand context.

Back in May 2016 I was watching an online video clip of a child performing kumite (controlled combat) with his instructor. The child was using a walking frame and had a great deal of difficulty standing and yet he was performing karate moves.

I found out that a UK-based 5th Dan instructor called Ray Sweeney was the person responsible for the video clip. I phoned Ray in Oxford and we talked about his journey to create his club and the struggles he had had along the way. After the phone call I went in search of any New Zealand karate clubs that would provide a similar service. I was unable to find any clubs that fully met the disabled community’s needs. So I decided to set up my own club and the New Zealand Disability Karate Association was born.

From the very beginning I wanted to provide an easy way to keep students informed and enable them to have access to their training records — so I decided to create a website. In my previous life I was a developer, back in the days of mainframes, and I still occasionally write the odd line of objective C code for iPhones.

So creating a website was going to be a piece of cake…or so I thought! The coding side of it was not a problem — my Perl and MySQL skills were a tad rusty, but I released my inner geek and the code started to appear. Unfortunately it had security holes you could drive a tractor through, and accessibility and plain English had not been considered. The resulting site was not the most robust or usable so I had to take a deep breath and have another go.

Thankfully I had started a new role at DIA about a month into creating the website. I was now working with people who had developed some great sites that had won awards in areas such as accessibility and plain English. I showed them my little site and they were very nice to me, but suggested I make some improvements and read the New Zealand Web Standards.

There were some really simple guidelines in the Web Standards on language, navigation, security and accessibility. While the concepts were easy, the actual implementation was a little bit tricky. I had masses of inline scripts, I had never touched JavaScript before this project and, as for the Content Security Policies (CSPs), they were just plain scary!

Making the site accessible was not difficult as I had my own Perl library of building blocks, and once I had fixed an issue it was fixed for the whole site. Plain English was a completely different issue, trying to communicate karate concepts in a non-specialist fashion. (See these blog posts and news items for background on plain English and why it's important.)

However, the biggest problem was something called PASSIVE VOICE. Passive voice and I are not friends. I would run a page through a tool such as Readable.io and bang! up popped warnings over my beautiful pieces of prose. And the one thing that almost got my laptop a flying lesson was the passive voice warnings.

After many weeks of coding, testing and recoding, the site finally was fit for purpose and I was very proud of the outcome.

I wish I had read the Web Standards before I started coding. It would have saved a lot of time and heartache. As a result of using the Web Standards my web code is better and safer. The content on the site is easier to understand and it is accessible to more of my students.

The key thing to remember about this site is that it is there to support our primary goal of giving people with disabilities an opportunity to experience the joy and benefits of karate. I think it does that really well.

Oh yes, the latest test result from Mozilla Observatory gives us 100/100 (A+). The whole website was recently checked for readability. All pages have scored an A. Although I am extremely happy with this score the club will continue to monitor and check the site as part of its continuous improvement policy.

To see the standards in action check out the website: www.karatedojo.nz 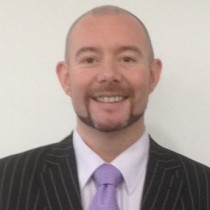 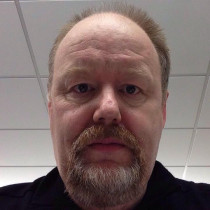