By Nadia Webster published on 16 February 2018

As part of a regular Emerging Technology series the Service Integration team at the Department of Internal Affairs (DIA) brought together presenters from inside and outside of government to share how they were using Virtual and Augmented Reality to engage or train people, or perform tasks.

The technology behind Virtual Reality (VR) and Augmented Reality (AR) has advanced significantly. It now provides opportunities to deliver empathetic and insightful experiences that help people get closer to other people’s experiences, inform decision-making, lower risks, challenge our worldview, and gain efficiencies in the spaces we work and live in. Putting this technology to use is now even easier as there are products available to help non-developers to use VR and AR over the web.

If you’re interested in finding out more about emerging technologies at our regular showcase then please sign up to our mailing list. We encourage you to also view the presentations from our previous Emerging Tech sessions.

Swati Gupta from Callaghan Innovation talked about the applications of Augmented Reality and the industrial application she is planning to explore.

Create your own reality

Alex Young from AWE talked about their web platform based product which enables a responsive web expansion to mixed realities as well as the ability for non-developers to create Virtual, Augmented, Mixed or eXtended Reality apps for the web.

Sean Audain from Wellington City Council talked about how the council uses its solid data core to deliver a Virtual Reality experience that informs and engages people in city planning.

Brian Goodwin from I want to experience talked about the Virtual Reality product he created with Phil Bott through Te Papa's Mahuki innovation accelerator. Their product enables people to explore the world of passionate experts, whether they are explorers, artists creators, or historians.

Ben Knill talked about the Show How Virtual Reality training platform that delivers first hand learning experiences, particularly when things are really hard or expensive to simulate in real life, for example for aviation staff, probation officers and medical professionals.

Pia Andrews from the Service Integration LabPlus team at the Department of Internal Affairs (DIA) talked about using Virtual Reality to demonstrate possible future service delivery scenarios where government could play quite different roles in a person’s life. 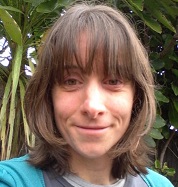