By Nathan Wall published on 05 December 2014

When Govt.nz launched in July this year we’d already completed several rounds of user research. The design of the site and the layout of the homepage had changed a lot since we launched the first beta version the previous year.

How users are getting to our homepage

Most users start their visit to Govt.nz elsewhere on the site, but many will view the homepage as part of their visit. In a typical 2-week period we get 20,000 page views for the homepage in total, and more than 5,000 of these visits start on the homepage. You can see other stats for Govt.nz on our analytics page.

For users that do start on the homepage:

Are we meeting user needs?

Although we’ve had a wide range of feedback on the site design, we wanted to get a better understanding of users’ needs when visiting the site. We decided to run some A/B tests. To be specific, it was an A/B/C/D/E test. We left the original homepage in place, but randomly showed users 4 other homepage variations with different blocks of homepage content and images. By mixing up different combinations of a few changes we could test whether the position of content, or the content itself was factor in reducing the homepage bounce rate. During A/B testing of the Govt.nz homepage we used the following versions:

Version B was the most successful variation of the 4 designs tested.

If you’ve visited the Govt.nz homepage in the last few weeks you may have seen one of these variations. A big thanks from us because you’ve helped us get a better understanding of how people interact with our content. You’re also not alone: the experiment ran more than 16,500 times.

Govt.nz uses Google Analytics (GA) to track what users do on the site. GA includes content experiment tools that are pretty easy to set up:

We use a common analytics tracking code across all our environments. Inside Google Analytics we use a single account, a single property and then different profiles (views) to filter out traffic for each environment into separate reports. This meant we could test both the new versions of the pages, and the updated tracking code before putting it on to the live site.

You need to make sure you let the experiment run for long enough to see if there are any patterns.

Collect data for a few weeks

I’m glad we ran the test over 4 weeks, because during the test:

Getting the basic results is straightforward. The experiment tool has a built-in report that gives you all the numbers for things like bounce rate, length of visit, and it even reports against any site goals you might have set up.

Besides the bounce rate, I wanted to see which variation of the homepage worked better using these metrics:

The experiment tool also lets you apply any custom segments that you use on other Google Analytics reports you might have set up. Govt.nz has a number of custom segments we use for our internal reporting. A few of the main segments I thought would be interesting to apply to the homepage experiment were:

Patterns, trends and bringing order to the universe

As an information architect I found myself swimming in data.

I had to map it all out in a spreadsheet with all the numbers. Then I used a simple ranking to show up patterns across the 5 versions of the homepage, compared to each metric and segment we were exploring. Looking at the ranking made it easier to see patterns, particularly something in the results that stood out as unexpected or unusual.

Adding a colour coding to each rank made the comparison between versions even easier. I chose a range of green (meaning a high ranking), through to red (meaning a low ranking). Just because one of the homepage versions ranked "in the red" didn't mean the result for that version overall was poor, just that it was lower than the others. You can use any colours you like, provided you apply them consistently.

An example of the data analysed

Analysing the "Pages per session" metric

The A/B test results showed that:

Here’s some of the other things I saw in the complete set of data we collected.

I’ve presented the high-level results to the Govt.nz team and now we’re going to decide what changes we’ll make to the site. Product Manager Victoria Wray will talk about that in a coming post.

What’s your experience with A/B testing? Did you do an experiment and discover results that were both interesting and unexpected? Is there an experiment you’d like Govt.nz to do in the future? You’re welcome to leave your thoughts below. 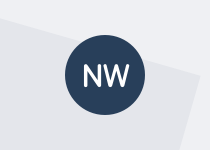