By Arthur Grimes published on 22 November 2019

Below is a summary of the Motu research report answering those questions.

Insights from 'Digital Inclusion and Wellbeing in New Zealand'

People with disabilities and in social housing are among the least digitally included people in New Zealand.

That’s one of the key findings of 'Digital Inclusion and Wellbeing in New Zealand', a research report by Motu Economic and Public Policy Research, which identifies eight key groups within New Zealand prone to relatively low access to the internet.

The eight groups are:

The first two groups – those in social housing and people with disabilities – appear to be particularly disadvantaged with respect to internet access. Pasifika students also reported substantially lower rates of internet access than did students of other ethnicities.

Further insights from the research

These large gaps in internet access for people who live in social housing and for people with disabilities are potentially amenable to policy interventions. Most social housing is owned by the state, local authorities or non-government agencies.

The social housing provider could take the initiative to install WiFi (or other technologies) to enable internet access by tenants. Provision of such infrastructure may be considered of similar importance to provision of water, sewerage and electricity to these tenants. Such provision is also likely to improve internet access rates for Pasifika students.

People with disabilities are also at greater risk than others from an internet violation such as a virus infection or other internet interference. Other at-risk groups include individuals who are not actively seeking work, unemployed, Māori, Pasifika, younger people, and people who are studying.

Insights into wellbeing and internet use

'New Zealand Electoral Survey' (adult) shows that people without internet access are less engaged in civic activities such as voting in general elections and making submissions to government.

Data from the 'Programme for International Student Assessment (PISA)' indicate that adolescents without internet access tend to have lower subjective wellbeing than those with access (which may reflect family circumstances).

These data also indicate that as internet use on weekdays outside of school increases, students’ subjective wellbeing declines; once daily internet use exceeds about two hours, there is no positive association between internet use and wellbeing.

In addition, the PISA data show that 15% of 15-year olds (including 27% of Māori students) report using the internet for more than six hours per day on a weekday outside of school, while over half report more than two hours’ use.

Insights for government agencies, researchers and the wider community

For more information on the Digital Inclusion Blueprint or to get in touch, check out:

You can also email the team at digitalinclusion@dia.govt.nz 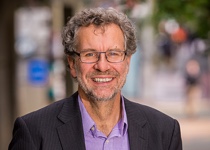