How Kiwis are experiencing government in 2019

By Leigh Vollans and Ruth Brown published on 21 August 2019

In May 2019, Government Information Services, part of the Department of Internal Affairs, began a piece of research to find out how users perceive and interact with government. We wanted to update our understanding of who is looking for government information and services.

In May 2019, Government Information Services, part of the Department of Internal Affairs, began a piece of research to find out how users perceive and interact with government. We wanted to update our understanding of who’s looking for government information and services.

This was part of wider work to help people find information and services that they want and need from government with an all-of-government (AoG) information architecture.

We started by looking at AoG persona research that was done in 2012, and to see how valid these personas are in 2019.

Along the way we learned that things have changed in 7 years:

We talk a lot about understanding our users in government digital circles. We use descriptions of typical users to help us step into our users’ shoes and think from their point of view.

Now, we have an updated set of ‘mindsets’ to give us insight into how Kiwis are perceiving government in 2019.

While they did not map exactly, there were clear relationships, and common threads between most of the old (persona) and new (mindset) groupings.

The other — unexpected — outcome was a way to think about the types of interactions that people have with government, and what we can learn from those patterns.

In 2012 there was a greater focus on people needing to engage with government services online. The world has changed since then. The good news is that we saw the majority of transactions with government were fast, simple, and easy.

In 2019 we were seeking a more holistic understanding of people’s experiences and interactions with government.

The fact that we couldn’t match the 2019 participants neatly to the detailed persona descriptions from 2012 helps validate the move towards a more flexible mindset approach.

Mindsets vs personas: how they’re different

Personas can help us relate to our users, but they can also confuse people who weren’t involved in the research.

They’re an attempt to represent a group as one person — usually with an image, a story, and key demographic information. But it can be hard to decipher what’s research-based (usually the attitudes, motivations, and goals) and what was made up (usually everything that makes them appear as one person).

A mindset doesn’t add these fictional elements to the research-based data — giving us much more flexibility. We can apply the motivations more broadly and they wind up covering many more contexts than personas tend to.

So someone who is ‘practical and resilient’ might be 18 or 80, they might live in an urban or rural setting, they may live alone or with a family, but their approach to dealing with government is similar.

We interviewed 27 Kiwis from Nelson, Christchurch, Levin, Auckland and Wellington. Each interview was up to 90 minutes long.

We recruited via Facebook, and made sure we covered a range of demographics and situations including:

We turned question and answer style interviews into data by allocating scaled values — or ratings out of 10 — to people’s responses.

Some of the questions related to people’s specific interactions with government, and those responses were also quantified. From that we found patterns for typical types of interactions.

We mapped the participants’ ratings to 32 different attribute continuums — 3 are shown in the following example. We then looked for patterns where several participants clustered around the same points on all the continuums.

Common motivations and approaches among those clustered groups became apparent through the analysis process. These patterns — groupings of participants with like characteristics — became our mindsets. This example demonstrates how the participants were plotted on the attribute continuums. The image shows their experience mapped on a scale of 1–10 for 3 attributes:

Three participants (21, 25 and 28) are highlighted to show where that group forms a cluster on each scale.

More detail about how we recruited and the research methodology we used will be published in the full report.

We came up with 8 mindsets. They’re explained at a high level in the next section.

These quotes give a snapshot of where different types of people are coming from, what their motivations are and how they approach their interactions with government.

Capable and in control

“I don’t have much to do with the government but when I do I want it to be fast, simple and easy.”

“My life is about working hard now for my future. I’m new to lots of systems and I think they should work smarter.”

“This current situation feels out of control, things were better before, and I believe that they’ll be better again.”

“Life has always had big ups and downs. This can cause instability and sometimes it’s really hard.”

“Things have been hard my whole life and I’m resigned to that not changing. It means I’m at the mercy of government decisions.”

“I’m stuck in a cycle where I need the government. I hate having to deal with them but I’ll fight for what I am entitled to.”

“It’s important to me to manage on my own, but it’s a bit of a tightrope so occasionally need some help from the government.”

“My situation is pretty difficult, and I rely on the government, but I try and make the most of life and stay positive.”

More details will be published in the full report, including observations about what will delight — or annoy — people when dealing with government.

We asked 27 people to talk to us about 3–4 recent interactions they’d had with government. The interactions included:

We analysed 71 interactions in total.

We quantified people’s ‘ratings’ of the interactions they spoke about by asking them to rank each interaction out of 5, on scales like:

We then analysed the ratings to see where patterns emerged.

Some patterns were very strong, and in some cases, we saw clear groupings of interaction types reinforcing that pattern.

What we found — types of interactions

We came up with 8 types of interactions. They’re described at a high level below.

Simple and transactional interactions are usually fast, easy and high-volume. For many New Zealanders, these make up the majority of their direct interactions with the government.

Deeply personal interactions occur when people feel most vulnerable. Things that can cause this vulnerability are medical events or sickness, or anything that affects loved ones (especially involving children).

Life-changing decisions occur when the government makes a decision that materially affects the rest of someone’s life.

Government did wrong by me

We came across a number of interactions that often seemed minor but had a disproportionate effect on the person — mainly because they felt they were treated unfairly or disrespected.

‘Nice to have’ support

These interactions occur when a person wants to know if they’re eligible for government support.

For these people, the support will be a nice to have and will really help, but their survival doesn’t depend on it.

‘For my survival’ support

These interactions occur when a person wants to know if they can get government support.

Usually they’re struggling at this point and in desperate need of this support. They’re extremely vulnerable as the decision that the government makes will impact their immediate life a great deal.

There are a small number of times that the government tests the skills of a person (rather than their eligibility for something). For example, driver licence testing.

Government as advocate or advice

In these interactions, the government is a source of advice or advocacy for citizens when they’re having an issue in the ‘real world’ with another person or an organisation.

Further details about how to delight — or annoy — people engaged in each of these types of interactions will be published in the final report. 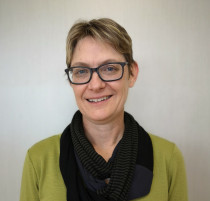